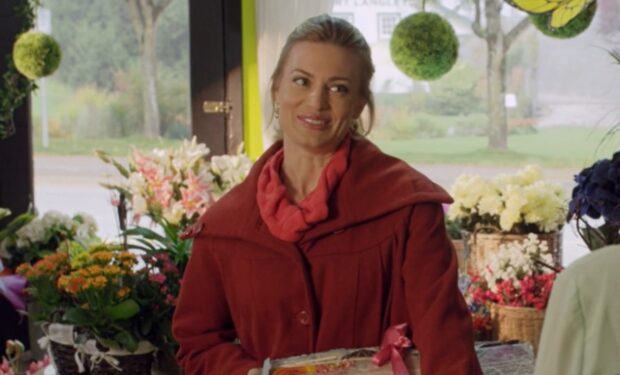 The protagonist of the Hallmark Channel movie June In January is newly engaged bride June Fraser (Brooke D’Orsay). Her elaborate wedding plans get detailed when her fiancé Alex (Wes Brown) learns he needs to relocate for work (to Cleveland) and in three weeks.

Not only is June forced to move her perfect June wedding to January but she’s also forced to work with her intimidating future mother-in-law Diana (Marilu Henner, Taxi), who thinks June is more in love with the wedding than she is with her son!

The Canadian-born actress Brooke D’Orsay is known for her roles on Royal Pains (Paige Collins), Two and a Half Men (Ashton Kutcher’s girlfriend Kate), Drop Dead Diva (Deb), Gary Unmarried (Sasha), and in films including Harold & Kumar Go to White Castle (Clarissa), among others.

June In January will air again on Hallmark Channel on Wednesday, January 13 at 8 pm.