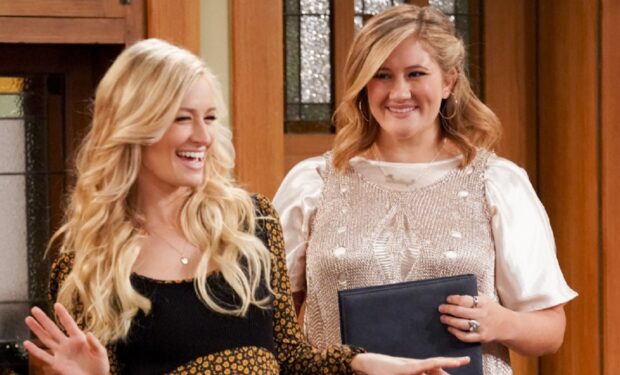 In The Neighborhood episode ‘Welcome to the Turnaround,’ while Dave (Max Greenfield) convinces Calvin (Cedric the Entertainer) to go to an escape room with him, Gemma (Beth Behrs) is visited by her troublemaking sister Brittany, who says she’s turned over a new leaf. Brittany’s new business venture involves selling risqué lingerie and accessories (see photo below).

Brittany is portrayed by Deborah Baker Jr. She’s best known for her roles on The Coop (Petra), IFC’s Stan Against Evil (Denise), and CBS’s The Great Indoors (Esther), among others. You can see more of Deborah in the upcoming TV mini-series Everyone Is Doing Great (April), premiering Wednesday, January 13.

Brittany also appeared on an episode of 2 Broke Girls with Beth Behrs!