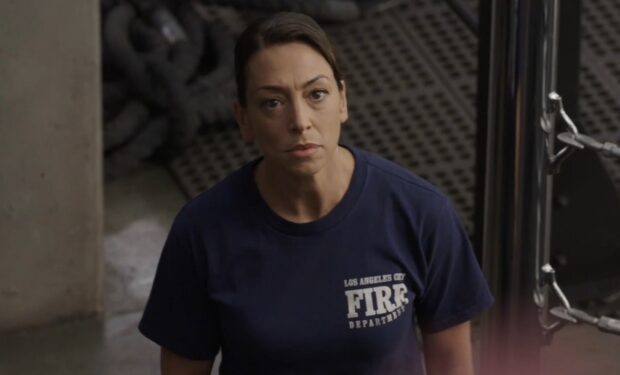 In the S.W.A.T. episode ‘Under Fire,’ while the rivalry between Chris (Lina Esco), Street (Alex Russell) and Tan (David Lim) reaches an all-time high, the SWAT team goes on the hunt for a sniper who is targeting the Los Angeles Fire Department.

The sniper is setting fires around the city to lure in unsuspecting engine companies. Firewoman Kristen Bradley is portrayed by Kimberly Fox.

Kimberly Fox is a lot of things: an actress, a martial artist, gymnast and yogi but, alas, firefighter is not her professional resume (as of yet).

As an actress, Fox is known for her roles on Seth MacFarlane’s The Orville (see video below), The Cavanaughs (Hope), and in the 2018 film Con Man, among others.

S.W.A.T. airs Wednesdays at 10 pm on CBS, right after Seal Team at 9 pm. [NOTE: Stream S.W.A.T. or any CBS show through Amazon Prime or CBS ALL-ACCESS with free trials.]