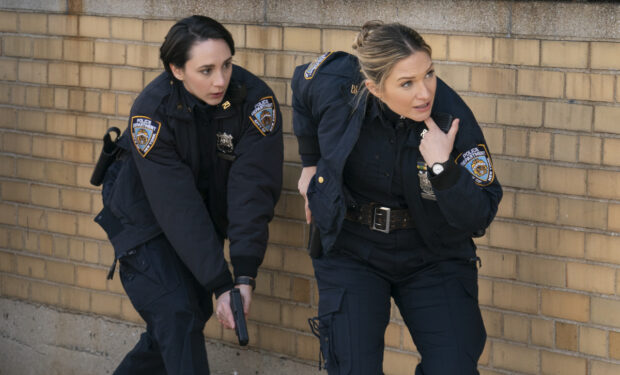 In the Blue Bloods episode “Spilling Secrets” while NYPD Commissioner Frank Reagan (Tom Selleck) looks into a decades-long history of cash payments his father Henry (Len Cariou) has been making to an unknown recipient, his new daughter-in-law Eddie Janko (Vanessa Ray) and her new partner, Officer Rachel Witten (Lauren Patten) stop an active shooter. Their brave act is questioned by a civilian who accuses the two female police officers of faking the incident as part of a government conspiracy.

Actress Lauren Patten is also known for her roles on The Good Fight (Polly Dean), and in the 2020 musical Estella Scrooge: A Christmas Carol with a Twist (Dawkins).

But it was on stage when she got her big break at the age of 14 when she played the title role in ‘Diary of Anne Frank‘. More recently, Lauren played Jo in the Broadway musical ‘Jagged Little Pill’, featuring the music of Alanis Morrissette.