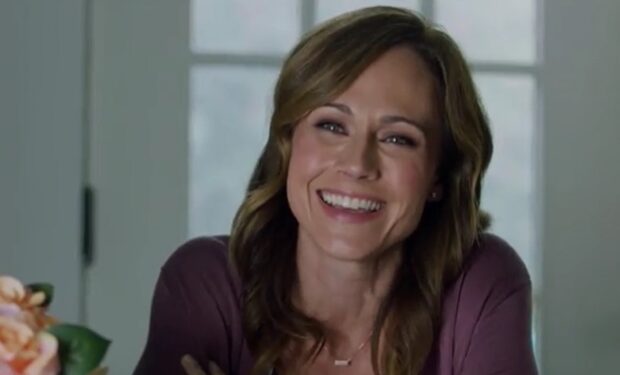 In the Hallmark Channel movie Love Takes Flight, Dr. Lizzie Bowman does her best to juggle her career at the local hospital and to raise her five-year-old daughter Quinn (Skylar Olivia Flanagan) on her own. The divorcee can’t imagine having enough time to date until she meets handsome pilot Charlie (Jeff Hephner).

Lizzie is portrayed by Nikki DeLoach. The Georgia native is known for her roles on MTV’s Awkward. (Lacey Hamilton, see photos above), Days of Our Lives (Brenda), and North Shore (MJ Bevans), among others.

Nikki launched her career on The All New Mickey Mouse Club with Justin Timberlake, Britney Spears, Christina Aguilera, and Ryan Gossling. She later joined the girl band Innosense in 1999, when she and rest of the girls reportedly lived with Timberlake and his mother Lynn Harless who was the manager of Innosense.

Based on the photo above with Timberlake’s wife Jessica Biel, it looks like Nikki still spends the night with his old friend from time to time!