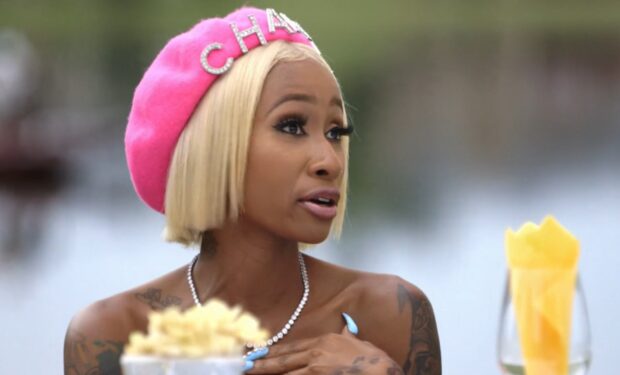 In the Growing Up Hip Hop: Atlanta episode ‘Word in the Streets,’ while Waka Flacka’s mom/manager Deb still feels the heat after proclaiming herself a Trump supporter, rapper Diamond gives her ex, So So Def music producer Pimpin Beatz an earful. Bow Wow says their relationship is “toxic,” and WEtv says their fiery fight in the studio is ripe with “sexual tension.”

Pimpin’ and Diamond have a lot in common. Both are from the ATL and were in hip hop groups as teenagers. Pimpin’ was in Dem Franhize Boyz and Diamond was a part of Crime Mob.

While Pimpin’ has been helping Bow Wow with his solo career, Diamond has been working on her’s. She’s released 10 EPs since 2012.

Diamond is also a mother. Check out her cute 4-year-old son Princeton Zaire (above). Princeton’s father is manager/promoter Mr. Payro.