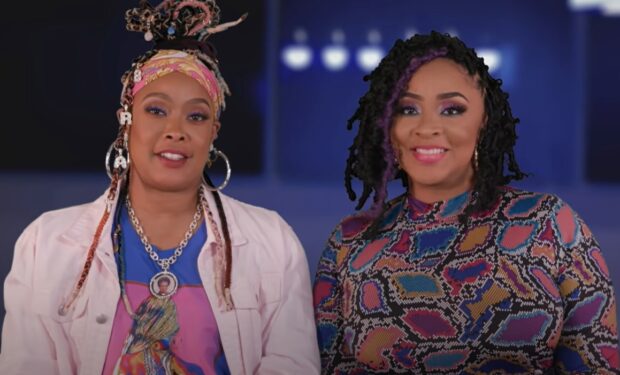 In the Growing Up Hip Hop Atlanta episode ‘Georgia Impeach,’ when Bow threatens to tell all about his exes on his new album, So So Def producer Da Brat warns him, “This ain’t gonna do nothing but bring out more people, this opens the flood gates.”

When not in the studio with Bow and Jermaine Dupri, Brat spends time with her gorgeous new girlfriend Jesseca Dupart, who she first met in 2017, and makes her GUHHATL debut.

In the video below, Brat says, “It’s just great to have someone that is so much like me. And it feels good to be happy — out loud.”

It was Brat who initiated the relationship. She says, “I wanted to check her out because I had done a few Miracle Drop things and I had never met her” so Brat showed up at one of Jesseca’s live events.