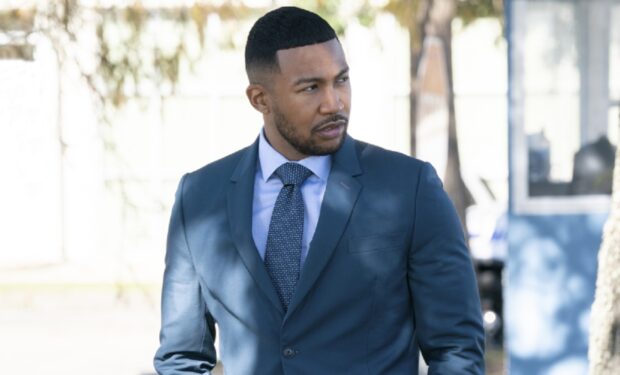 In the NCIS: New Orleans episode ‘Leda and the Swan, Part 1,’ while Pride (Scott Bakula) and the team investigate the murder of a Navy therapist with a high level of security clearance, Special Agent Quintin Carter’s (Charles Michael Davis) mother confronts him when he refuses to talk to the FBI for a background check on her behalf. His mother, Lynette, is portrayed by Erica Gimpel.

Erica Gimpel is best known for her roles on God Friended Me (Trish, see photos below), Veronica Mars (Alicia Fennel), ER (Adele Newman), Profiler (Angel Brown), Fame (Coco, who sang the memorable theme song including the lyric “remember my name!” below), and in the TV mini-series North & South with the late Patrick Swayze and Forest Whitaker (as Semiramis), among others.