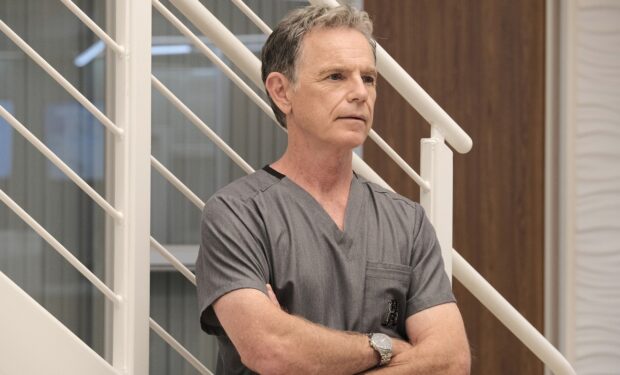 In The Resident episode ‘Mina’s Kangaroo Court,’ while Cain’s (Morris Chestnut) elective surgery patient returns with complications, Bell (Bruce Greenwood) worries who would be there for him in a moment of crisis “and finds himself mining his own past to find his estranged former stepson” plastic surgeon Dr. Jake Wong.

Dr. Jake Wong is portrayed by Conrad Ricamora. He’s best known for his role as Oliver Hampton on How to Get Away with Murder with Viola Davis.

The Broadway star is also known for his role as Lun Tha in Lincoln Center Theater’s 2015 Broadway revival of Rodgers and Hammerstein’s The King and I. Conrad and the original Broadway cast were nominated for a ‘Grammy Award for Best Musical Theater Album.’

The Resident airs Tuesdays at 8 pm on FOX, right before Prodigal Son at 9 pm.