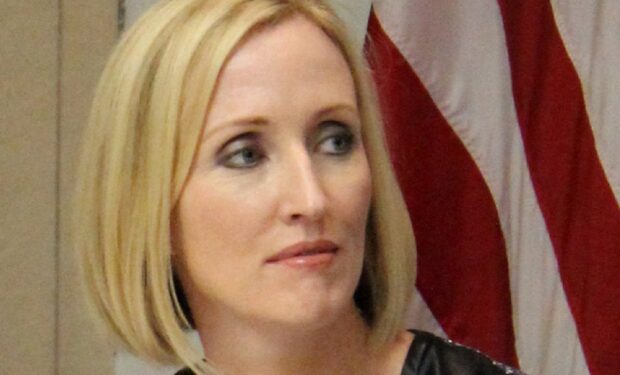 In the Bull episode ‘Fallen Idols,’ Bull (Michael Weatherly) and Benny (Freddy Rodriguez) agree to take on the murder case of Pastor Liam Wright (Rey Lucas) who is accused of killing his wife Olivia. Bull worries that he won’t be able to convince a jury of Liam’s innocence when a major secret the pastor is hiding about his marriage is revealed. They need to convince the jury that “to err is human” and doesn’t necessarily lead to murder. ADA Sutherland is portrayed by Janel Moloney.

Actress Janel Moloney is best known for her role as Donna Moss on The West Wing, for which she was nominated for two Primetime Emmy Awards.

The L.A. native is also well recognized for her roles on The Leftovers (Mary Jamison), The Blacklist (Kat Goodson), American Crime (Raelyn), and The Affair (Ariel), among others.

Janel is currently starring in the new HBO series The Undoing with Nicole Kidman and Hugh Grant. See scene below.

Bull airs Mondays at 10 pm on ABC, right after the courtroom drama All Rise at 9 pm.