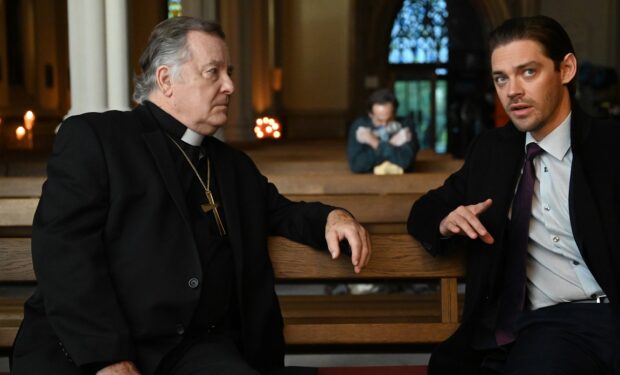 The protagonist of the FOX crime drama Prodigal Son is Malcom Bright (Tom Payne), a top criminal psychologist who helps the NYPD solve crimes. In the Prodigal Son episode ‘Speak of the Devil,’ when a priest is found murdered in his place of worship, Bright grapples with its effect on his own trauma. As seen in the featured photo above, Bright has a chat in the church with an older priest who’s portrayed by Peter Gerety.

Gerety is also well recognized for his roles in films including Charlie Wilson’s War (as Larry Liddle) with Tom Hanks and Flight with Denzel Washington, again among others. Gerety plays the leading man in the 2019 film Working Man with Talia Shire (Rocky). See trailer above.