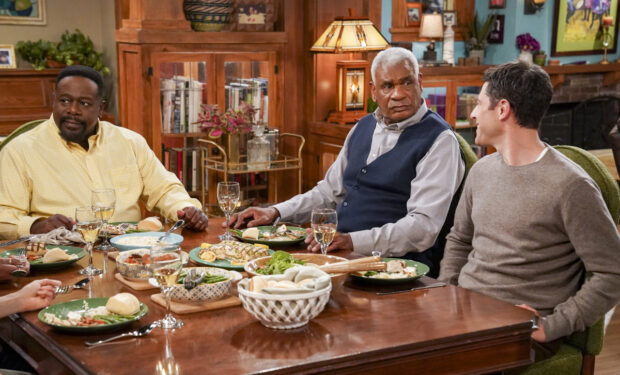 In The Neighborhood episode “Welcome to the Property,” Calvin (Cedric the Entertainer) finds out that Walter, an imposing, grump and tall 6’3″ member of the community, plans to sell his home to greedy developers. Calvin vows to find a buyer closer to home instead but soon realizes that the dilapidated property will require more work than they expected.

The Neighborhood airs Mondays at 8 pm on CBS.