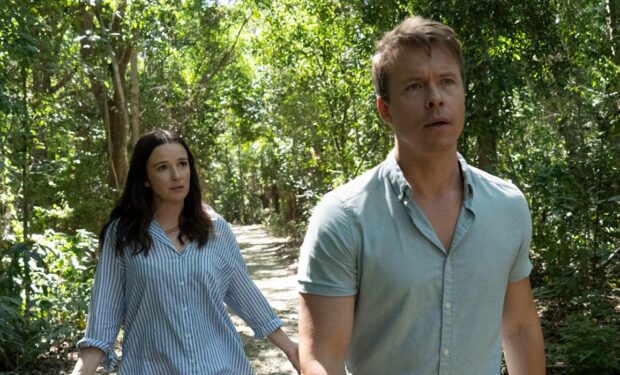 The protagonist of the new Lifetime movie Kidnapped in Paradise is Savannah Duke-Morgan (Claire van der Boom, Rachel on Hawaii Five-0). When she gets the opportunity to bring her husband Brad (Todd Lasance, Julian on Vampire Diaries) and her 5year-old daughter Aria (Molly Wright) to her birthplace on the Gold Coast of Australia, she takes it. But things take a nasty turn in paradise when daughter Aria goes missing and Savannah meets her sinister half-sister.

Kidnapped in Paradise was filmed at Port Douglas, Far North Queensland in Australia.

Kidnapped in Paradise premieres on Lifetime on Saturday, January 2 at 8 pm.