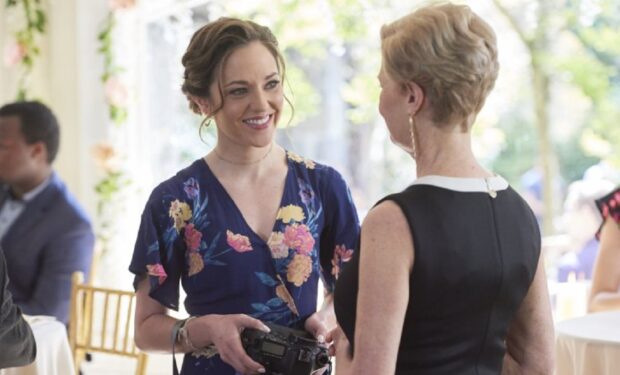 Laura Osnes, In the Key of Love (Hallmark/Crown Media)

In the Hallmark movie In the Key Of Love, Maggie Case (Broadway star Laura Osnes) leaves her singing career in Nashville to run her grandmother’s wedding event business. The sacrifice isn’t as bad as you think. Her nana Evelyn (Colleen Winton) lives on Piedmont Island, Washington, where Maggie spent her childhood summers and now rediscovers love with her ex-boyfriend and ex-singer partner Jake (Scott Michael Foster, Crazy Ex-Girlfriend).

While there is a small community in the State of Washington called Piedmont (which is located on Lake Crescent in the northwestern corner of Olympic National Park, see photos below), alas, In the Key of Love was not filmed there.

Like many Hallmark movie, it was filmed in Vancouver, British Columbia in Canada.

In the Key of Love is airing again on Hallmark Channel on Monday, January 4 at 8 pm.