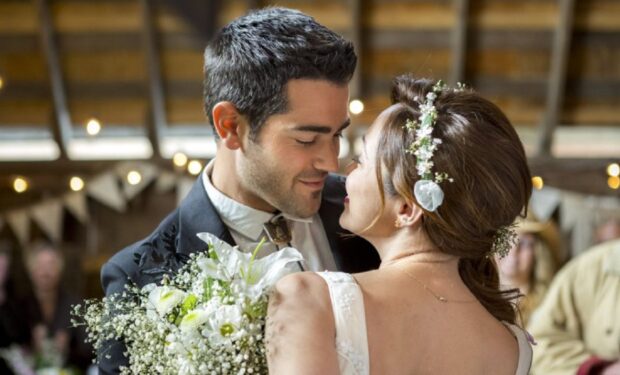 The protagonist of the Hallmark Channel TV movie A Country Wedding is country-music star Bradley Suttons (Jesse Metcalfe). Right before getting hitched to a super-glam Hollywood movie star (Laura Mennell) he returns to the small town where he was raised to sell the house he grew up in. While there, he reconnects with childhood friend Sarah Standor (Autumn Reeser), and yes, sparks fly between the two singers.

According to imdb, one of the farm locations seen in A Country Wedding is the same used for the Kent farm in the popular CW series Smallville, which was set in the fictional town of Smallville, Kansas.

The Superman series was filmed at several locations in British Columbia, Canada including the town of Chilliwack which is known for its locally-grown corn and free music concerts in the summer, among other things!

A Country Wedding airs again on Hallmark Channel on Wednesday, January 20 at 8 pm.