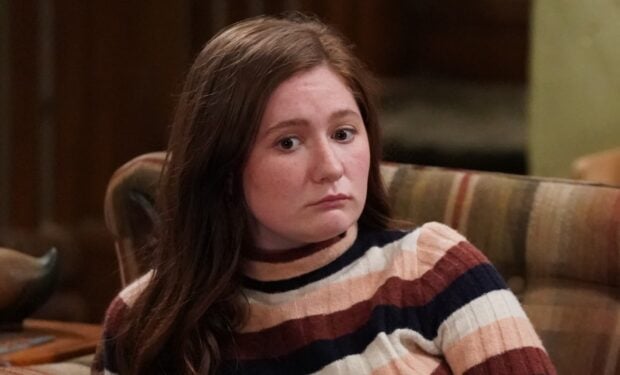 Emma Kenney, the 21-year-old actress who stars on The Conners as Darlene’s (Sara Gilbert) daughter Harris, and as Debbie Gallagher on Shameless, got her second tattoo. She recently had herself filmed while lying on her side on a bed at a parlor tattoo. Swipe to see the finished result. The Banksy-esque image features a young girl being lifted off the ground by a cluster of seven skeleton face balloons.

Many of Emma’s famous follower friends sent notes of congratulation and compliments including singer Kira who replied: “wtf this is SO sickkkk.”

The Conners airs Wednesday nights on ABC. Fans are awaiting Season 11 of Shameless — filming was suspended in 2020 due to COVID-19.