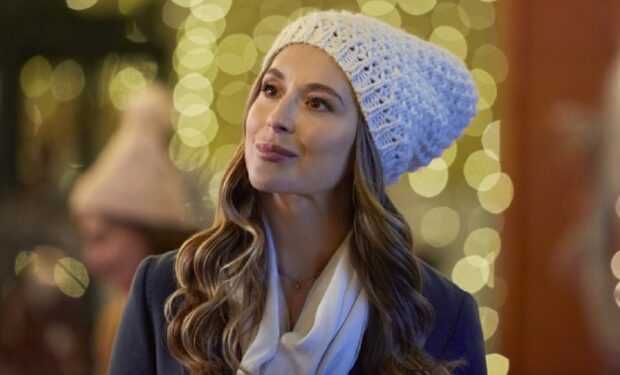 The protagonist of the new Hallmark Channel movie Taking a Shot at Love is former professional ballet dancer Jenna (Alexa PenaVega). She makes her living teaching children ballet in a dance studio she rents in a small town. She’s asked to use her expertise to help professional ice hockey player Ryan (Luke Macfarlane) get back on the ice after an injury. Sparks fly between the ballerina and the New York Rangers player on and off the ice.

As an actress, Alexa is best known for her role as Carmen Cortez in the Spy Kids movies.

She’s also known for competing on Season 21 of Dancing with the Stars, and against her real-life husband, actor/singer Carols PenaVega.

Bindi Irwin and Derek Hough won the Mirror Ball Trophy that year, in 2015.

In December 2020, Alexa and Carlos announced that they’re expecting their third child. See cute video below!

Taking a Shot at Love premieres on Hallmark Channel on Saturday, January 2 at 9 pm.