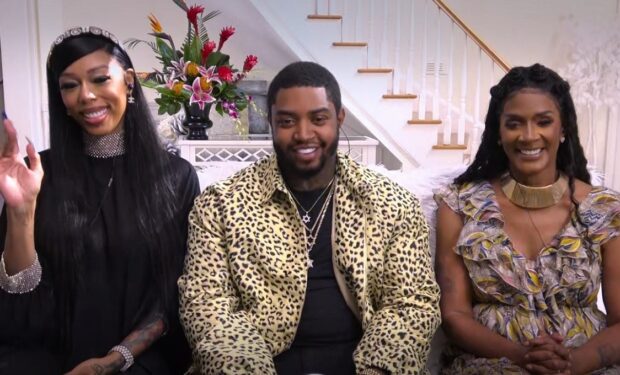 Since the filming of Love & Hip Hop is on hold, VH1 is producing episodes of Love & Hip Hop: Secrets Unlocked, remote-style. It’s an opportunity to look back at the characters of the reality TV shows and relive the most dramatic moments that have made the franchise such an enduring sensation.

On the series premiere, ‘Unforgetaways,’ Kendall Kyndall interviews Yung Joc, Amara La Negra, Karlie Reed, Rasheeda and Kirk, Scrappy, Bambi and Momma Dee, among other LHH stars, about those notorious cast trips, from the comfort of their luxury homes.

When Kendall asks Momma Dee where she would like to go for the next cast trip she reveals that she’s “never had the honor to out of the country with the cast even though I’m the second longest running mother on a reality series other than Kris Jenner.”

That’s right, Momma Dee appeared on the very first episode of Love & Hip Hop Atlanta in 2012. Kris Jenner has been filming Keeping Up with the Kardashians since 2007! Keep in mind, Season 20 is the last for KUWTK!