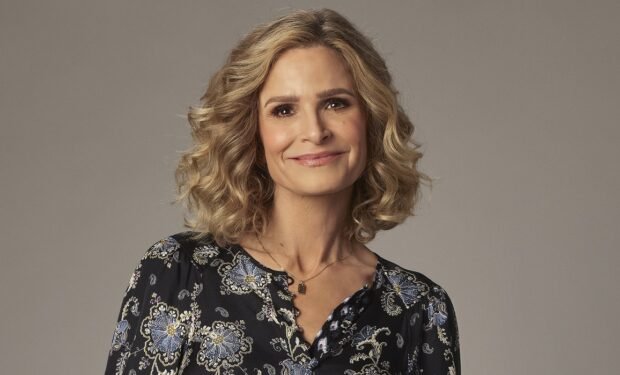 While actress Kyra Sedgwick (The Closer) stars in the new ABC sitcom Call Your Mother, as a widowed mom of two adult children, her real life husband actor Kevin Bacon and daughter Sosie Bacon are making sweet music together and sometimes with goats.

In the video below, that’s Kevin on the ukuleke and 28-year-old Sosie singing The Pretenders song “I’ll Stand By You” with the family goats, Macon and Louis, in the background!

Sosie is also an actress. She made her acting debut in the 2005 film Loverboy playing the younger version of her mother Kyra Sedgwick’s character Emily.

The film, which is based on Victoria Redel‘s novel of the same title, was directed by Kevin Bacon.

In the video below, the father and daughter musical duo perform a version of the 4 Non Blondes song “What’s Up?” with aplomb. She tagged it #goatsongs.

Fun fact: The lead singer of 4 Non Blondes was Linda Perry, ex-wife of actress Sara Gilbert who stars in The Conners right before Call Your Mother.

Call Your Mother airs Wednesdays at 9:30 pm on ABC, right after The Conners at 9 pm. [BONUS: Stream any ABC show through the ABC GO Digital App found here. Download is FREE.]