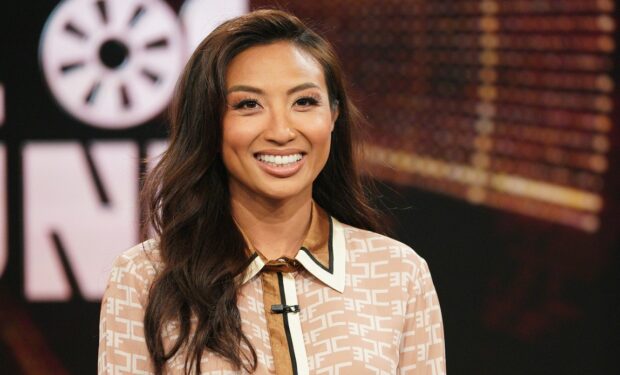 While competing on Dancing with the Stars in 2020, Emmy Award winning TV talk show host Jeannie Mai (The Real) was diagnosed with epiglottitis and had emergency surgery in October. She described it as “a throat abscess, where my tonsils and my throat had gotten so infected that it started permeating to the rest of the areas behind my neck and behind my ears.”

She couldn’t talk or chew immediately and was “underweight and malnourished” after being placed on a liquid diet following emergency surgery.

Two months later and Jeannie Mai looks extremely healthy as she celebrates her 42nd birthday in the bikini pics above and below. She wrote: “I’m grateful for the STRENGTH and resilience in my body after surgery, grateful to nourish it back to health, grateful for the healing love of my soulmate, Jay, and my family.”

Jeannie Mai is playing on Celebrity Wheel of Fortune on Thursday, January 21 at 8 pm with her Holey Moley co-stars Rob Riggle and Joe Tessitore.