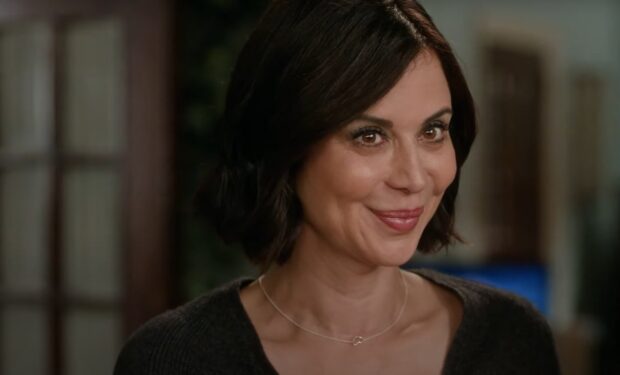 When Catherine posted the photo below, with Aquaman star Jason Momoa, she explained that she was “racing” to get a Covid test when she drove right past a guy who looked just like Momoa, but when she realized it really was Momoa, she “circled back around and found him again.”

She added, “Yes, I have fangirl moments too!“

Momoa will appear next on the big screen in Dune (as Duncan Idaho) and The Last Manhunt (as Big Jim) – both are expected to be released in 2021. The premiere of the TV mini-series Zach Snyder’s Justice League, in which Momoa reprises his role as Aquaman aka Arthur Curry, will air in March 2021.