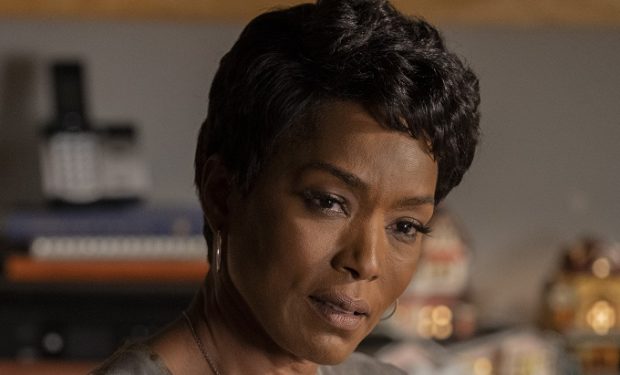 In the 9-1-1 episode ‘Alone Together,’ aftermath of the dam break, massive mudslides wreak havoc throughout Los Angeles. As Athena (Angela Bassett, What’s Love Got To Do With It) fights to save herself and an agoraphobic woman after her house collapses, Bobby (Peter Krause), Hen (Aisha Hines) and Eddie (Ryan Guzman) rush to save hikers endangered by the falling of the iconic Hollywood sign.

When not filming 9-1-1, 62-year-old Oscar nominated actress Angela Bassett is flaunting her fit physique in fashion-forward ensembles including the tight, bright pink double-breasted pant suit above.

She captioned the pic: “Added volumes to my fierce day!” Indeed!

Then again, Angela looks fierce in any and all pant suits, as seen in the leather number below.