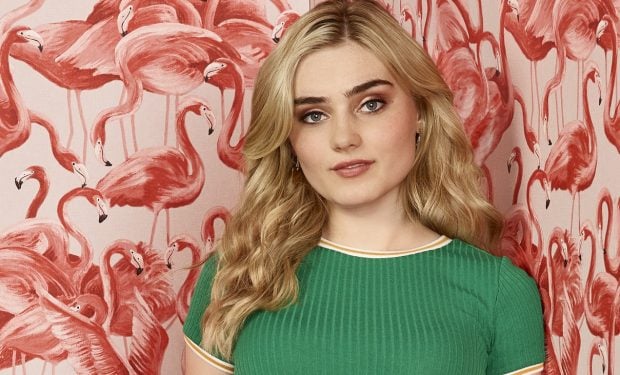 In the American Housewife episode “Under Pressure,” Greg (Diedrich Bader) ropes Katie (Katy Nixon) into a double date with Principal Ablin (Jerry Lambert) and Maria (Julie Meyer) in an attempt to further his political aspirations. How the double date will effect teenage daughter Taylor will be interesting.

When not filming American Housewife, actress Meg Donnelly is often in front of the camera striking a pose.

When she shared the series above and captioned it “a lil lewkbook ! teehee,” many of Meg’s celebrity friends replied. Meg’s American Housewife co-star Carly Hughes wrote: “You gorgeous monster!!!