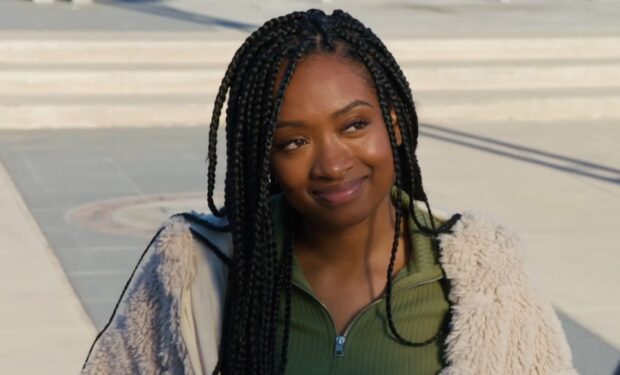 In the NCIS: Los Angeles episode ‘If the Fates Allow,’ while Callen (Chris O’Donnell) is assigned the case of his past foster brother and his wife who are framed for smuggling, Sam Hanna (LL Cool J) takes a walk with his daughter Kam. She’s trying to get into the Naval Academy and she asked Cullen for a nomination. She doesn’t want to use her father’s influence to get in.

Kam tells her father with a smile, “You’re a legend. Everyone knows you. I don’t need your help. I need to do this on my own.”

Hanna says he respects that and reminds her that he’s always there for her if she needs it. Aww!

Kam Hanna is portrayed by Kayla Smith. The gorgeous 25-year-old actress is known for her roles on CW’s All American (Rochelle), OWN’s Ambitions with Robin Givens (Carly; see clip above), FOX’s Star (Olivia), and as herself on the 2015 reality TV show Meet the Smiths.

She is the daughter of retired NBA star Kenny “The Jet” Smith, co-host of TNT’s Inside the NBA with Charles Barkley and Shaquille O’Neal.