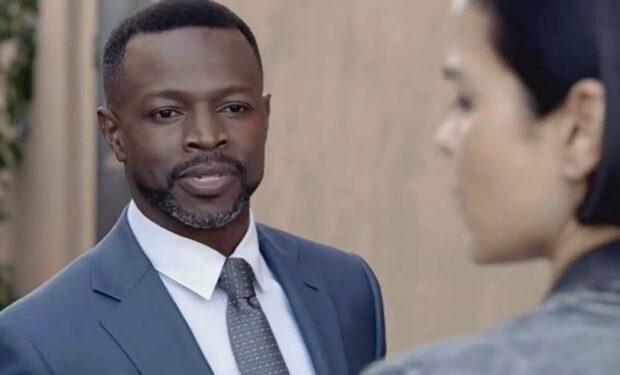 Bishop Miller is portrayed by Sean Patrick Thomas. He’s known for his roles on The District (Detective Temple Page), and in films including the Barbershop movies (Jimmy James), Save the Last Dance (Derek), Cruel Intentions (Ronald), and the 2008 TV film A Raisin in the Sun (George Murchison) with Sean Combs and Phylicia Rashad, among others.

Thomas also starred in the 2014 Broadway revival of A Raising in the Sun with Denzel Washington and got to perform for President Barack Obama and First Lady Michelle Obama.

S.W.A.T. airs Wednesdays at 10 pm on CBS, right after SEAL Team at 9 pm and The Amazing Race at 8 pm. [NOTE: Stream S.W.A.T. or any CBS show through Amazon Prime or CBS ALL-ACCESS with free trials.]