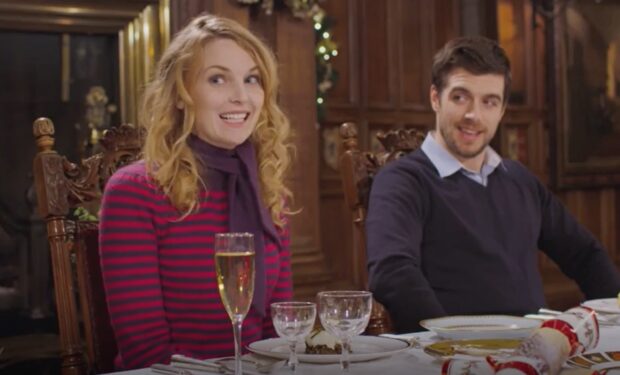 Christmas at the Castle (Lifetime)

The protagonist of the Lifetime holiday movie Christmas at the Castle (also known as Christmas in the Highlands) is New York City perfume expert Blaire Henderson (Brooke Burfitt). She is sent by her “dragonlady” boss to Scotland to find and buy the rare fragrance The Heart of the Highlands.

When Blaire arrives at the Glenmorie Perfumery, she learns that the man who owns the license, Alistair McGregor (Dan Jeannotte), refuses to sell. (His mother created the perfume.)

Blaire does what any American perfume executive would do, she goes undercover as a documentary filmmaker to learn the secret formula. But she falls in love with the royal Earl instead.

The fictional Glenmorie Castle is actually the 1,000-year-old Glamis Castle, which is now open to the public. Other “castle” shots were filmed at Muckrach Castle in Moray, Castle Forbes in Aberdeenshire, and Moorfield Guest House in Braemar.

Alas, The Glenmorie Perfumerie is also fictional. Those scenes were shot at the Bailliefurth Farm Shop located in the Cairngorms National Park, and at Pickering’s Gin in Summerhall.

Real-life Jorum Laboratories in Edinburgh crafts perfumes by hand including the scents Athenaeum, Fantosmia, and Arbotist, among others.

Christmas at the Castle airs again on Lifetime on Wednesday, December 23 at 8 pm.