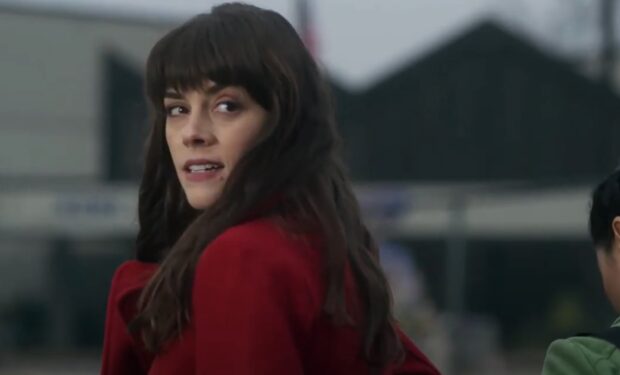 In the Lifetime movie Cheer Squad Secrets, high school cheerleader Amelie (Karis Cameron, BH 90210) really wants to become captain of the cheerleading squad. So much so that she takes the “supplements” given to her by her cheerleading coach Lena (Anita Brown). If they want to win the championship, Coach Lena says Amelie must get stronger and the steroids will help.

When Amelie’s mother Kelly Regan (Margaret Anne Florence) finds the pills in her daughter’s backpack she flips out and files a complain against Coach Lena. Coach Lena doesn’t take the news well.

Actress Margaret Anne Florence (Sun Records) is from South Carolina, where she has fun at the beach as seen in the gorgeous bikini pics below. Looks like she could’ve been the captain of her cheerleading squad!