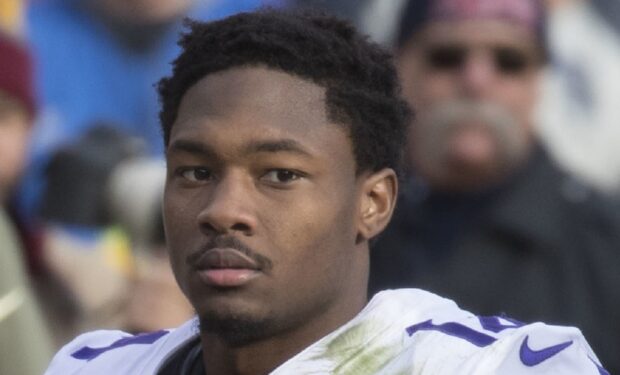 Stefon Diggs is the 27-year-old NFL wide receiver playing with the Buffalo Bills. He played three years of college football at Maryland (he’s from Gaithersburg) before being selected by the Minnesota Vikings in the 2015 NFL Draft. Stefon was traded to Buffalo in 2020. On December 14, 2020, he became the quickest player in NFL history to reach 100 catches in a single season with a new franchise.

Even when not on a NFL field, he’s “unguarded” says Super Bowl MVP Von Miller of the Denver Broncos. The 31-year-old outside linebacker made the comment referring to Stefan’s modeling photos above. “Unguarded, on and off the field,” Von Miller wrote.

The Buffalo Bills face the New England Patriots next at Gillette Stadium for a Monday Night Football game on Monday, December 28 at 8 pm on ABC and ESPN.