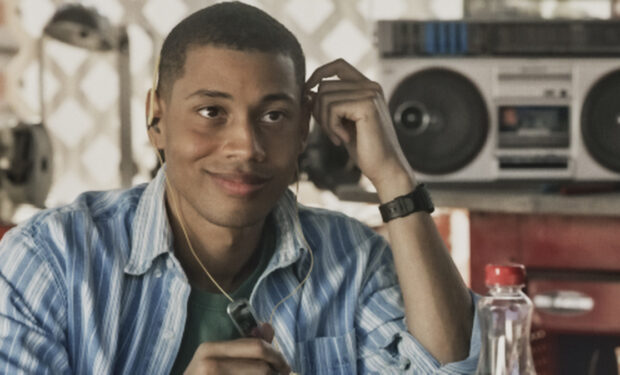 CBS is celebrating Season 4 of S.W.A.T. by airing two back-to-back episodes. In the season premiere, ‘3 Seventeen Years Old,’ Hondo (Shemar Moore), his father Daniel Sr. (Obba Babatunde) and his teen charge Darryl (Deshae Frost) confront the history of racial tension in Los Angeles between law enforcement and the Black community, through flashbacks to the city in 1992 following the Rodney King verdict.

17-year-old Hondo is portrayed by Donald Dash. The 6’2″ Baltimore native is known for his TV roles on The Dead Girls Detective Agency (Terrance), and Rise (high school football player Jamal Harris; see below), among others.

Donald Dash is also a model (see photo above).

BEAUTY on the outside, BEAST on the inside or it could be the other way around®