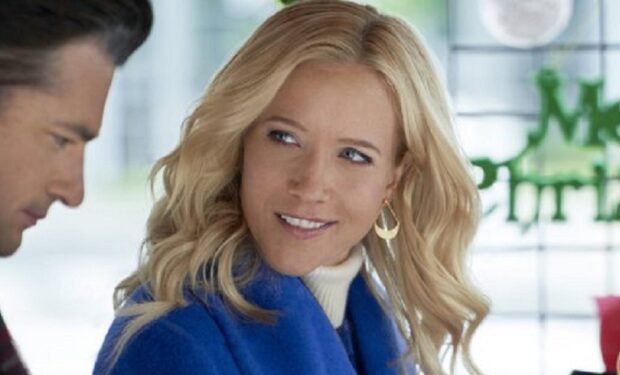 The protagonist of the Hallmark Channel holiday movie A Nashville Christmas Carol is Vivienne. The gorgeous blond is a hard-working TV producer who’s forced to work with the man who broke her heart on a country music Christmas special.

While shooting the TV special, Vivienne is visited by Christmas spirits (Kimberly Williams-Paisley, Kix Brooks) who encourage her to take a look at revisit her past and to change her present to avoid a lonely future.

(It’s a modern country twist on the Charles Dickens classic A Christmas Carol.)

Vivienne is portrayed by actress/country singer Jessy Schram. Check out her latest single “Do I Care” above.

As an actress, Jessy is known for her roles on Chicago Med (Dr. Hannah Asher), Once Upon a Time (Ashley Boyd/Cinderella), Nashville (singer/songwriter Cash Gray), Mad Men (Bonnie Whiteside), Falling Skies (Karen Nadler), and Veronica Mars (Hannah Griffith), among others.