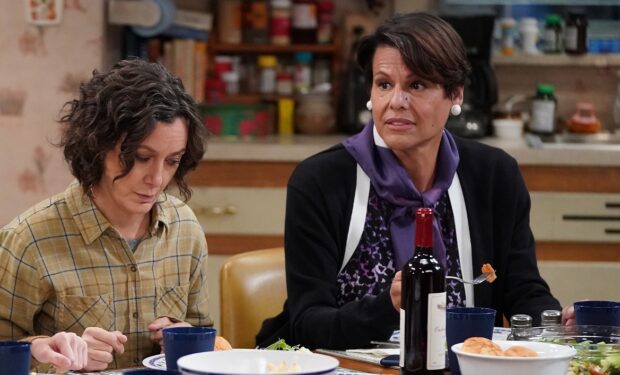 In The Conners episode ‘Friends in High Places and Horse Surgery,’ while Louise’s (Katey Sagal) brother Neville (Nat Faxon) tries to win over Jackie (Laurie Metcalf), Darlene (Sara Gilbert) begins to develop a friendship with Robin (Alexandra Billings). Deadline describes Robin as “a transgender woman who works as a supervisor” at Wellman Plastics where both Darlene and Becky (Lecy Goranson) work.

The manager is portrayed by Alexandra Billings who’s best known for her roles on Transparent (Davina) and Goliath (Martha Wallace), among others. Alexandra was the host and grand marshal of the 2020 Virtual Pride Parade in May (via Zoom) and will appear next in the 2021 film Charlie Hustle.

The Conners airs Wednesdays at 9 pm on ABC, right after American Housewife at 8:30 pm and right before black-ish at 9:30 pm.