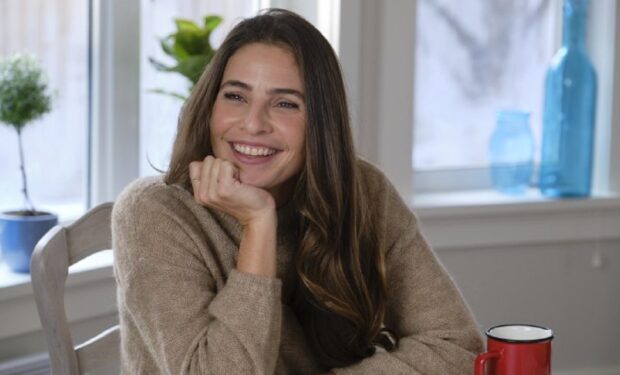 The protagonist of the Hallmark Movie The Christmas House is unemployed TV star Mike Mitchell (Robert Buckley). When he’s called back home by his mother Phylis (Sharon Lawrence) and father Bill (Treat Williams), Mike reunites with his brother Brandon Mitchell (Jonathan Bennett) and his husband Jake (Brad Harder) for the holidays. While at home, Mike also reconnects with his high school crush, the girl next door, realtor Andi (Ana Ayora).

Actress Ana Ayora is known for her roles in TV series including In the Dark (Detective Sarah Barnes), Major Crimes (Sofia Luna), Banshee (Nina Cruz), and in movies including Captain Marvel (Agent Whitcher), The Big Wedding (Nuria), and Marley & Me (Viviana), among others.

Ayora is more than an actress: she is also an owner of Masaya, an adobe style desert retreat located outside Joshua Tree National Park!

The Christmas House premieres on Hallmark Channel on Sunday, November 25 at 8 pm.