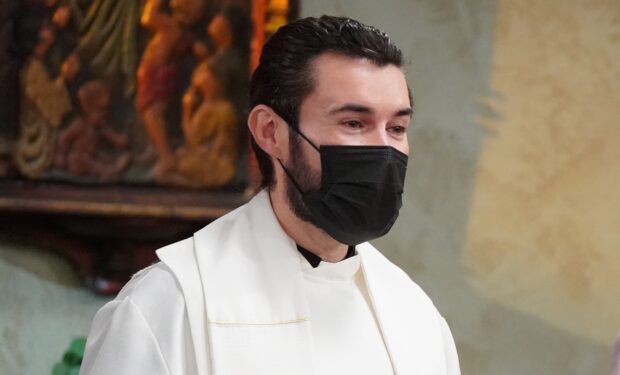 Will Gressman on THE CONNERS (ABC/Eric McCandless)

In The Conners episode “Birthdays, Babies and Emotional Support Chickens,” the family gets ready to celebrate Beverly Rose’s first birthday but her parents Becky (Lecy Goranson) and Emilio (Rene Rosado) disagree on what kind of party they should have. The baptism scene in the church is memorable, thanks to the priest, who’s played by actor Will Gressman.

When not in front of a camera or practicing yoga, Will Gressman, who earned his MFA in Theatre at Columbia and his Bachelor’s degree from the University of Michigan, also teaches on camera audition technique at Margie Haber Studios in Los Angeles.