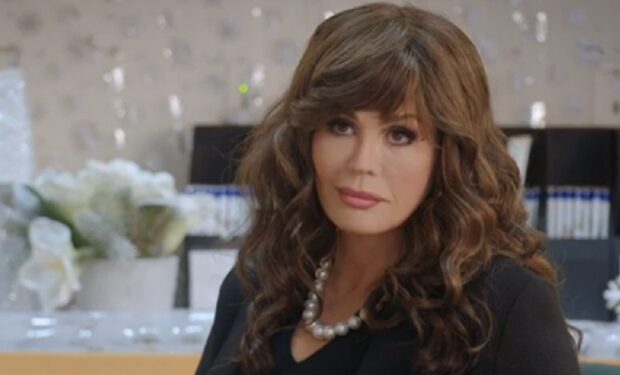 The protagonist of the Lifetime movie The Christmas Edition is up-and-coming journalist Jackie (Carly Hughes). She gets the opportunity of a lifetime, to run a newspaper but the job’s in Alaska. She takes a chance and relocates to the small town that’s getting ready for Christmas.

While breathing live back into the newspaper, Jackie also falls in love with Finn (Rob Mayes), the son of the paper’s previous owner. Tension arises when Jackie’s old boss Melanie (Marie Osmond) decides to take over the paper for herself.

Marie Osmond is better known as a singer than an actress. She and her brother Donny Osmond starred in their own popular variety show Donny and Marie in the 1970s. She and Donny just ended their long-running (11 years!) residency in Vegas in 2019.

The Christmas Edition premieres on Lifetime on Sunday, November 15 at 8 pm.