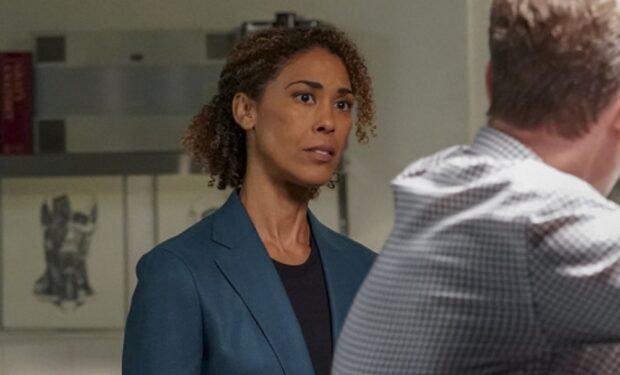 On the Season 18 premiere of NCIS, “Sturgeon Season,” while Gibbs (Mark Harmon) and his buddy Fornell (Joe Spano) try to track down the leader of a drug ring who supplied drugs to Fornell’s daughter, the team deals with the case of a missing cadaver from the NCIS autopsy room.

Fun fact: Victoria made her TV debut on The Cosby Show in the 1985 episode “Theo and the Older Woman.” The “Older Woman” was played by Robin Givens; Victoria played Tori, the girl Theo meets at the library and brings home to meet his mother. See below; Tori/Victoria enters around the 21-minute mark.

NCIS airs Tuesdays at 8 pm on CBS, right before FBI at 9 pm and FBI: Most Wanted at 10 pm. [NOTE: Stream any CBS show through Amazon Prime or CBS ALL-ACCESS. Both options offer free trials.]