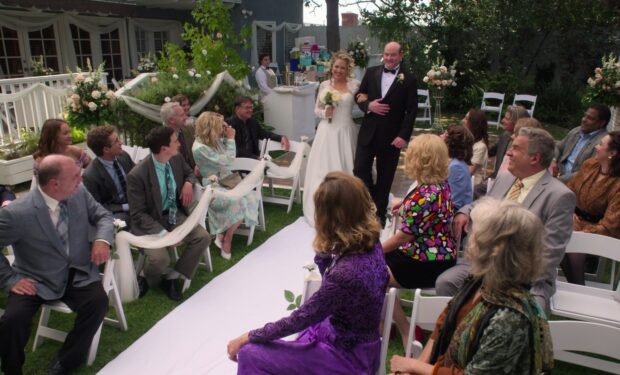 Friendly reminder that ALL of Childrens Hospital is available to watch on @hulu now and also that regular bras are much cheaper than human bras. #childrenshospital #lakebelloverchargesforboobstuff

Jane is portrayed by actress Erinn Hayes who was nominated for a Primetime Emmy Award for playing Dr. Lola Spratt on the 2008 series Childrens Hospital. She recently reprised her role as Lola on the Netflix series Medical Police and stars in the third Bill & Ted film with Keenu Reeves…

1 DAY/NONE MORE DAYS! So here’s a bunch of bts pics of a bunch of fine people. Enjoy the movie everyone! #billandtedfacethemusic @billandted3

Erinn is also recognized for her roles on Kevin Can Wait (Kevin’s wife Donna Gable), Guys with Kids (Sheila), Parenthood (Racquel), and Worst Week (Melanie),  among others.

The Goldbergs airs Wednesdays at 8 pm on ABC, right before American Housewife at 8:30 pm, The Conners at 9 pm and black-ish at 9:30 pm. [BONUS: Stream any ABC show through the ABC GO Digital App found here. Download is FREE.]