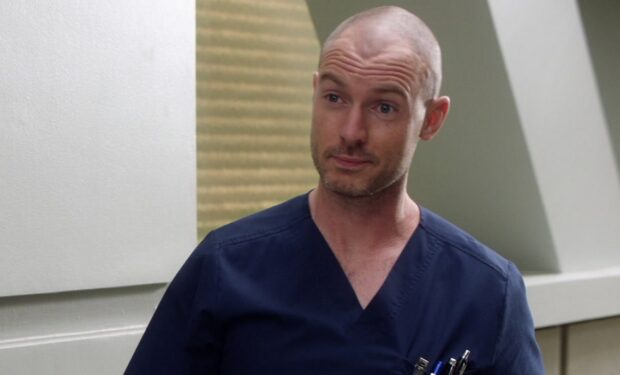 On the two-hour Season 17 premiere of Grey’s Anatomy, back-to-back episodes ‘All Tomorrow’s Parties’ and ‘The Center Won’t Hold,’ the COVID-19 pandemic has hit Grey Sloan Memorial Hospital and its surgeons’ lives have been turned upside down. That includes the life of Dr. Corman Hayes, the new head of pediatric surgery, who’s portrayed by Irishman Richard Flood.

Dr. Hayes, a widower with two teenage sons, first appeared on the November 2019 episode Let’s All Go to the Bar. He and Meredith (Ellen Pompeo) butted heads at first but when they eventually became friends, he asked her out and she said yes.

Grey’s Anatomy airs Thursdays at 9 pm on ABC, right after Station 19 at 8 pm.