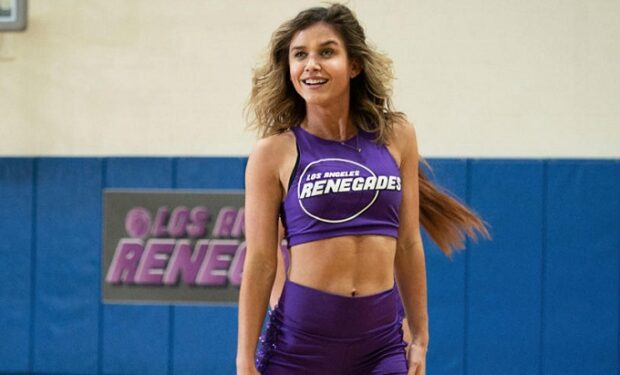 The protagonist of the Lifetime movie The Pom Pom Murders is 21-year-old former cheerleader Aubrey Anderson (Anna Marie Dobbins). When she makes the LA Renegades cheer squad, she falls in love with xx player Walter (Jon Schaefer). Their relationship takes a dramatic turn when Walter is accused of murdering his ex-girlfriend and fellow “Renegade Girl” Bailey (Grace Patterson). “Fly high, do or die!” is the movie’s tagline.

Since then she’s landed major roles in TV movies including Deadly Mile High Club, and Stalked by My Doctor: Patient’s Revenge opposite Oscar nominee Eric Roberts. Anna Marie will appear next in Christmas Together (December 2020) and The Wrong Mr. Right (2012) both with Ms. Vivica A. Fox.