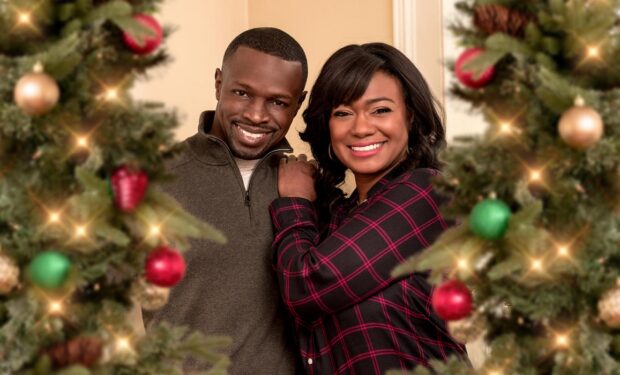 The protagonist of the Lifetime movie The Christmas Hotel is big city hotelier Erin Roberts (Tatyana Ali, The Fresh Prince of Bel-Air). She works at the high-end Wyndsor Hotel in New York City, where she’s told her big promotion is contingent on her returning to her hometown in Garland Grove and rebranding the Mt. Holly Inn. Not everyone in Garland Grove is thrilled about the hotel’s plans.

According to imdb, The Christmas Hotel was filmed in Midway, Utah (population: 5,280), which is home of Zermatt Utah, a 300-room resort and spa with traditional Swiss-style architecture and just 45 minutes from Salt Lake International Airport (see video above).

The Peery Hotel (see photo above) which is located in downtown Salt Lake City, is also cited on imdb. The 110-year-old boutique hotel is part of the Tapestry Collection by Hilton.

The Christmas Hotel airs Friday, November 27 at 10 pm on Lifetime.