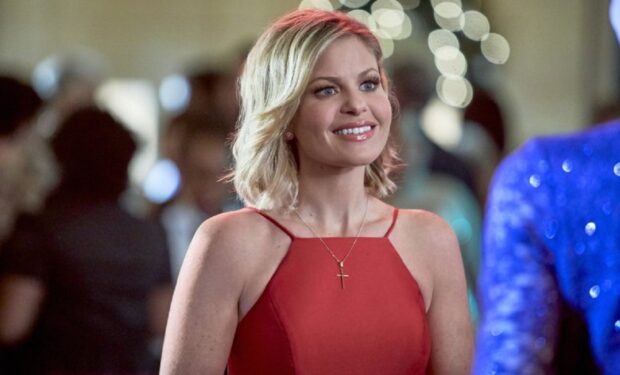 The protagonist of the Hallmark Channel movie A Shoe Addict’s Christmas is Noelle Carpenter (Candace Cameron Bure). As Christmas approaches, Noelle works late, at a department on a snowy Christmas Eve.

When Noelle accidentally gets locked in, she’s visited by a quirky woman named Charlie (Jean Smart) who appears out of nowhere in the shoe department and tells Noelle that she’s her guardian angel.

Like many Hallmark movies, A Shoe Addict’s Christmas was filmed in Canada, but not in film favorite Vancouver. It was filmed in the city of Winnipeg, Manitoba, which is known as the “Gateway to the West” (as in Western Canada).

[So many Hallmark movies, streaming here.]