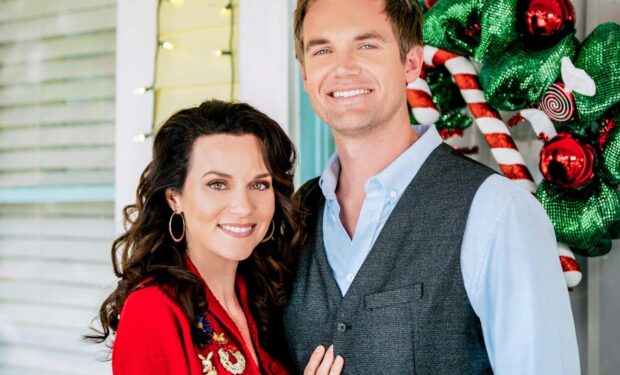 The protagonist of the Lifetime movie A Christmas Wish is Faith (Hilarie Burton). After spending a night out together, Faith’s little sister Maddie (Megan Park) encourages her to put a wish in the town’s wooden wishing box. (It’s a Christmas tradition!) Faith wishes “to experience true love for the first time.” Lo and behold, the very next day Faith meets a gorgeous guy named Andrew (Cristian de la Fuente). But is he the right guy for her? What about nice guy Wyatt (Tyler Hilton)?

A Christmas Wish was filmed in Ponchatoula, Louisiana (population 6,559). In addition to it’s annual Strawberry Festival (April) and Oktoberfest (autumn), the town is also known for its antique shopping on it’s “Main Street” which is actually called Pine Street.

Fun facts: There are several actors from One Tree Hill in A Christmas Wish, including the stars Hilarie Burton and Tyler Hilton. And since filming the movie, Hilarie married The Walking Dead actor Jeffrey Dean Morgan (Negan). They live in upstate New York. Hilarie is slated to guest star in an episode of The Walking Dead as a character named Lucille (watch out for her in 2021).