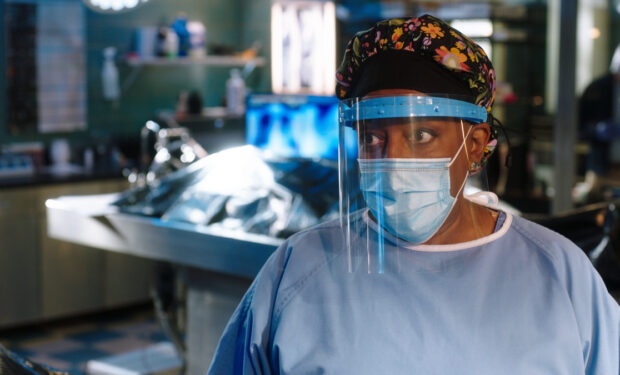 In the sneak peek video above, while surrounded by body bags in the morgue, a masked Wade quietly sings ‘Amazing Grace.’ The prayerful moment will bring tears to anyone’s eyes.

Actress CCH Pounder (Sons of Anarchy, The Shield) will appear next on the big screen in the sequel to James Cameron’s Avatar with Zoe Saldana, Kate Winslet and Sigourney Weaver (expected to be released in December 2022).

NCIS: New Orleans airs Sundays at 9 pm on CBS, right after NCIS: Los Angeles at 8 pm and right before 48 Hours at 10 pm.