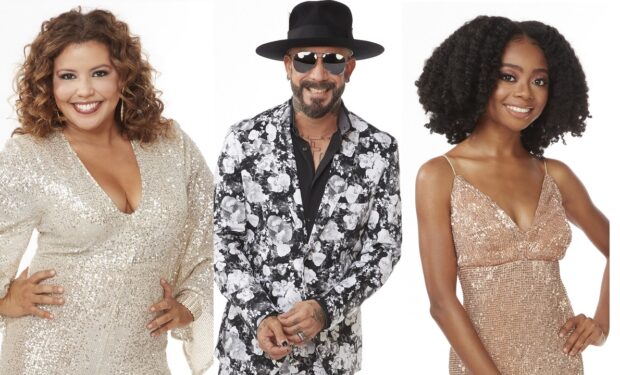 On the eve of Election Day in America, the eight celebrity and pro-dancer couples left on Dancing with the Stars face double elimination as they compete for this season’s eighth week live. ABC wants viewers at home to “Use your vote!” on Double Elimination Night (Monday, November 2).

Submit online via abc.com, or by text (see couple codes below):

NOTE: In light of celeb Jeannie Mai being hospitalized and forced to withdraw from Dancing with the Stars due to diagnosis of epiglottitis (an inflammatory condition) which requires immediate surgery, now, just one contestant will be sent home this week.

[Related: Jeannie Mai Flaunts Curves In Tiny Cut-Out Bikini, “If You Only Knew”]

With each subsequent DWTS episode, the live vote combined with the judges’ scores will be revealed during the broadcast. At the end of the evening, judges will decide which celebrity up for elimination stays in the competition and which celebrity’s journey comes to an end.