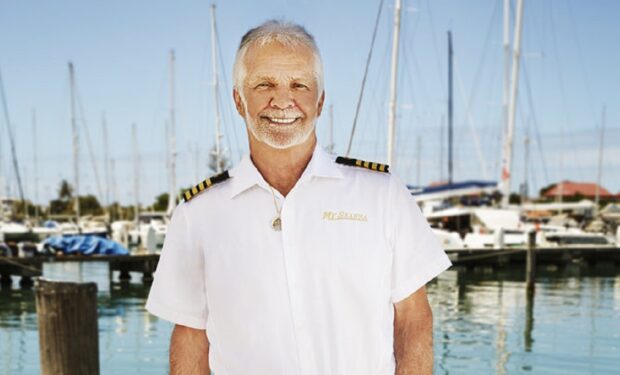 On the Season 8 premiere of Below Deck, ‘There’s No Place Like Home,’ Captain Lee Rosbach returns to the Caribbean aboard M/Y My Seanna with a brand new crew. According to Bravo, the fate of the charter season is put in question when a critical injury sends Lee to the hospital.

A little relaxation on the beach for my bride and I @jwmarcoisland finally getting to celebrate our belated 45th Anniversary. What a great place. Love it here.

He and his wife Mary Ann just celebrated their 45th wedding anniversary and are paying tribute to their late son Josh who passed away in July 2019. For years Josh had struggled with addiction. He died at the age of 42.

Ok, finished product. Thanks so much @high_spirits_tattoo_co for going above and beyond. You’re the best. Will be better after healing, but our son is now where he should be and will always be, in my heart.

Lee got a large tattoo on his chest (over his heart) of Josh’s face; and Mary Ann had the diamond of her wedding ring replaced with a gold heart that holds some of Josh’s ashes. See below.

This what we have done in remembrance of our precious son Joshua, who left us one year ago today. We took my brides wedding ring, had the center diamond replaced with a heart with some of Josh’s ashes placed inside the heart and his name inscribed on the outside and then soldered shut. This way Mary Anne can keep a part of him with her always. Thanks Mark at VanMarks Jewelry for being so creative and understanding just what we wanted.

Below Deck airs Mondays at 9 pm on Bravo.