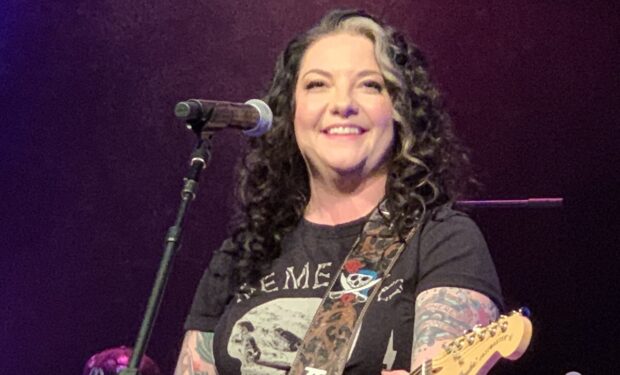 The song also won “Song of the Year” at the 2020 ACM Awards. She released her second album Never Will in April 2020 with the hit single “One Night Standards.”

Ashley is also well known for her tattoos including the large eagle spread across her chest (see photo above). She admits her least favorite tattoo (which she doesn’t show very often because it’s on her lower back) is one she got when she turned 18. She described it as “a fat baby devil in a bikini, and it’s a tramp stamp.” She added, “it’s really ugly.”

Still, Ashley (who’s a Leo) says she still wants more tattoos and has considered getting a lion tamer and three lions on stools on her thighs.

Ashley will be one of many to perform on America Salutes You Presents Guitar Legends 4 (Monday, November 9, 8 pm on CMT), a televised benefit to raise awareness about veterans’ mental wellness issues and veterans’ charities.