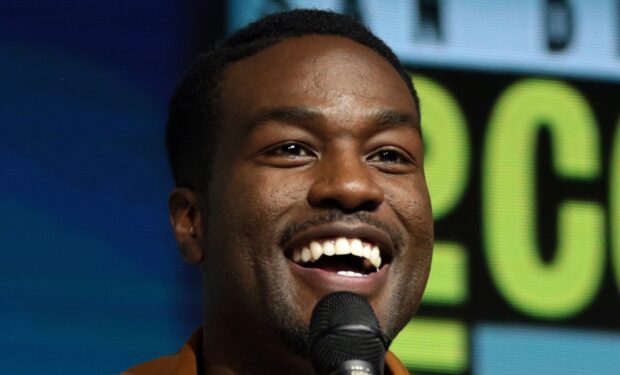 Actor Yahya Abdul-Mateen II is known for his roles on the TV mini-series Watchmen (Cal Abar) and in the 2018 film Aquaman (David Kane aka Black Manta). And, yes, he’s reprising his role for the 2022 sequel with Jason Momoa!

Yahya is currently promoting The Trial of the Chicago 7 in which he plays political activist Bobby Seale, co-founder of the Black Panthers. The film was written and directed by Aaron Sorkin (The West Wing, To Kill a Mockingbird, The Social Network, A Few Good Men).

In 1978, Bobby Seale wrote his autobiography A Lonely Rage with a forward by novelist and civil rights activist James Baldwin.

Today the book is a rare find. There’s only one hardcopy available on the world’s largest bookstore (Amazon) and it’s available for $471.40!

Yahya will appear next on the big screen in Jordan Peele’s (Us, Get Out) sequel of the classic horror film Candyman (see trailer above), which will be released in 2021.