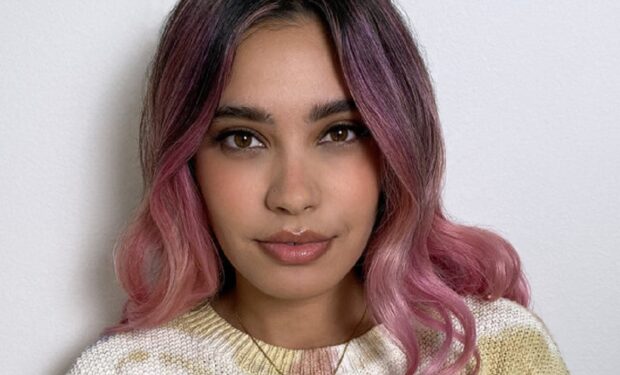 Connecting… is a new sitcom on NBC about a group of friends trying to stay connected via videotelephony (aka Zoom) during a global pandemic. Of the seven of them, three are women. The gorgeous pink-haired character Annie is portrayed by Otmara Marrero.

came to miami and lost my mind a bit, got it back at the botanica, it’s still (arrest the cops that killed breonna taylor) on everything !

The Miami native Otmara made her big TV debut as a “sexy mourner” in the 2015 pilot for HBO’s Ballers starring Dwayne “The Rock” Johnson, then landed the role of hacker Izzy Morales in StartUp opposite Ron Perlman and Mira Sorvino. See clip below.

Izzy can do the impossible. But her enemies know that, too. Watch Season 3 of #StartUpTV, only on @SonyCrackle. pic.twitter.com/2WMC7VzqPt

In 2019, Otmara starred in the independent film Clementine — opposite sexy Sydney Sweeney (Cassie on HBO’s Euphoria) — which was nominated for “Best Narrative Feature” at the Tribeca Film Festival.

Connecting… airs Thursdays at 8:30 pm on NBC, right after Superstore at 8 pm and right before Dateline at 9 pm.