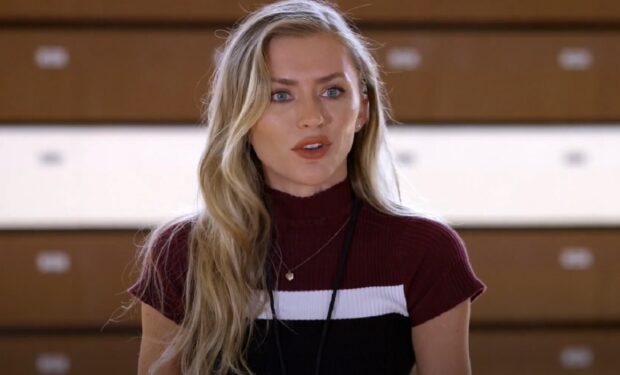 There are some familiar faces (Vivica A. Fox, Corin Nemec, and Tara Reid) in the Lifetime movie The Wrong Cheerleader Coach, and some fresh new faces. Madi Burton plays the protagonist Hanna, a teenager who makes the squad thanks to head coach Ms. Burke (Fox). Johanna Liauw plays the new assistant coach Devon, who offers to give Madi private cheer lessons but is really after Madi’s widowed father (Nemec).

Johanna made her acting debut earlier this year on the YouTube series Quarantine Leap (see clip below). She plays a super model named Johanna. The Wrong Cheerleader Coach is her first major role!

Johanna will appear next in the horror movie Crossbow Creek about a group of gorgeous young women at a bachelorette party where they are secretly filmed by a group of sex traffickers who are planning to sell them on the dark web.