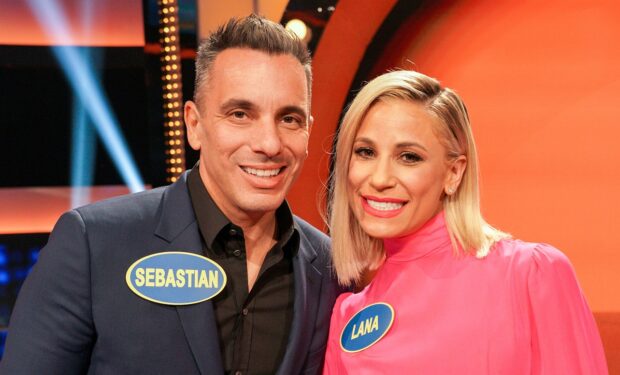 Celebrity Family Feud host Steve Harvey launched his career as a stand-up comedian so he’ll know where comedian Sebastian Maniscalco is coming from when Sebastian comes on the TV game show and plays against black-ish star Jenifer Lewis and her family.

The 47-year-old comedian from Chicago launched his acting career in the 2017 movie The House starring former Saturday Night Live stars Will Farrell and Amy Poehler.

Since then Maniscalco has landed roles in Peter Farrelly‘s Oscar Award-winning film Green Book, and in Martin Scorsese’s The Irishman as mobster “Crazy” Joe Gallo with Robert De Niro, Al Pacino and Joe Pesci. Watch the tense scene above.