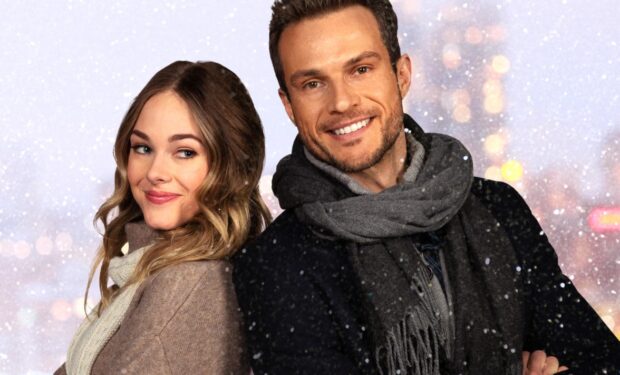 Klein and Cooper in 'Christmas on Ice' (Lifetime)

The protagonist of the Lifetime movie Christmas On Ice is former figure skater Courtney (Abigail Klein). She and former NFL hockey player and single dad Noah (Ryan Cooper) team up together to stop the Mayor of Worcester (Will Lyman) from closing the local ice skating rink known as The Oval.

The movie was filmed at several locales in Worcester, Massachusetts including the Common Oval, site of the ice rink, which in real life boasts that it’s 4,000 square feet larger than the rink at Rockefeller Center in New York City. Worcester is the most populous city in New England outside of Boston (it’s about 40 miles west of Boston).

Fun fact: The real mayor of Worcester, Joseph Petty, welcomed the filming crew with open arms and allowed them to use his office for a scene with made-up and mean Mayor Greenwood.

Christmas On Ice premieres on Lifetime on Friday, October 23 at 8 pm.